Geesinknorba innovates with a new range of rear loaders

This year Geesinknorba is celebrating its 140th anniversary. Over this period the company has played an important role in the waste management industry. A recent innovation is the GPM IV, a new range of rear loaders which we have developed in co-operation with its clients. 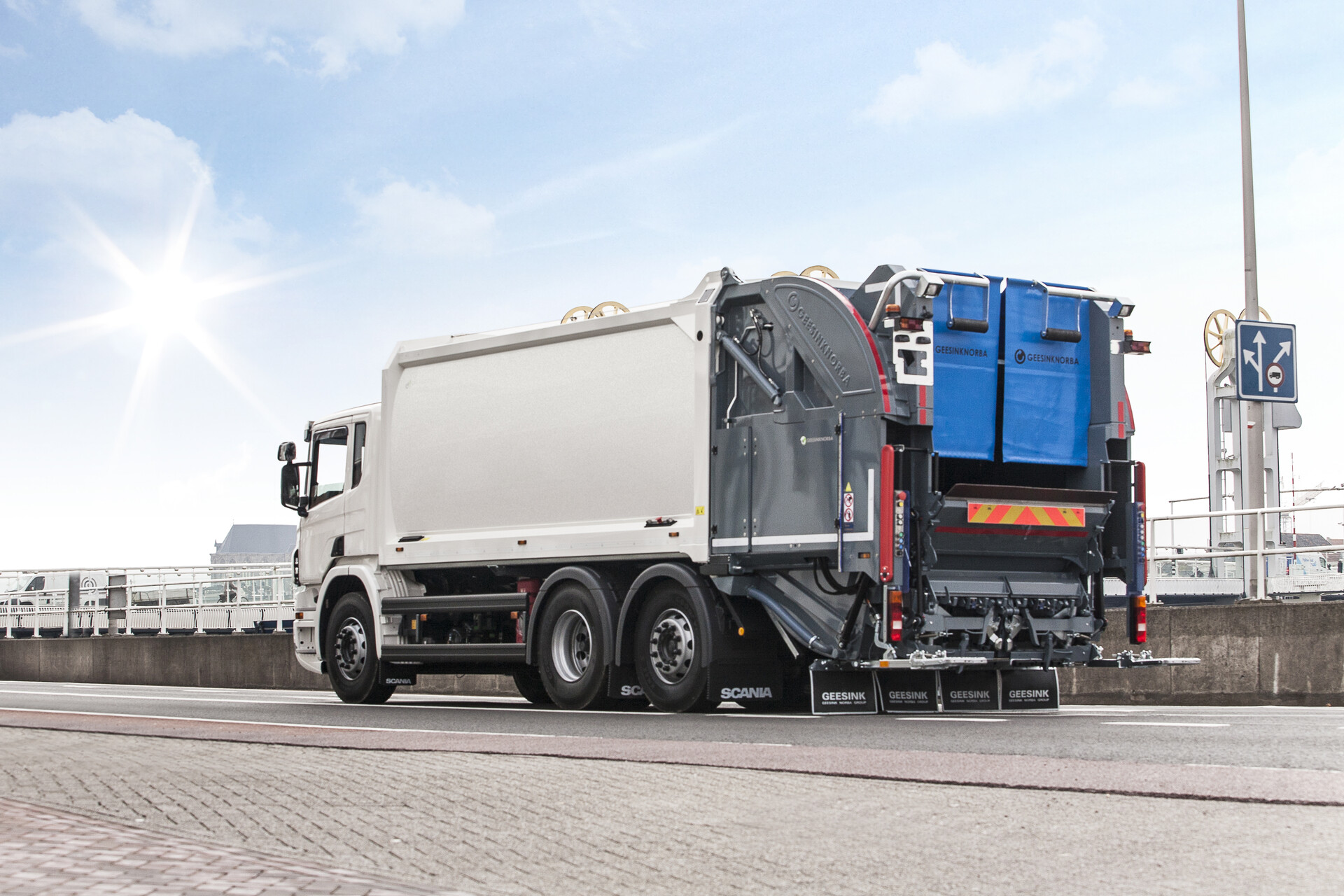 For centuries refuse collection has been an important consideration for municipalities and other local authorities. Currently households in Great Britain produce almost 28 million tons of waste annually, whilst commercial and industrial activities add a further 48 million tons. This requires not only good management from the authorities, but also using the right equipment in order to collect the refuse. Geesinknorba offers a wide range of portable compactors, side loaders and rear loaders for the most extensive applications.

The company uses its expertise and experience to develop dedicated products, using the most up to date technology to provide the fastest and most efficient refuse collection. All Geesinknorba products are manufactured in the well equipped factory in Emmeloord, where skilled workmen build the products. The whole process is carried out in-house allowing the company to remain flexible and fast reacting. 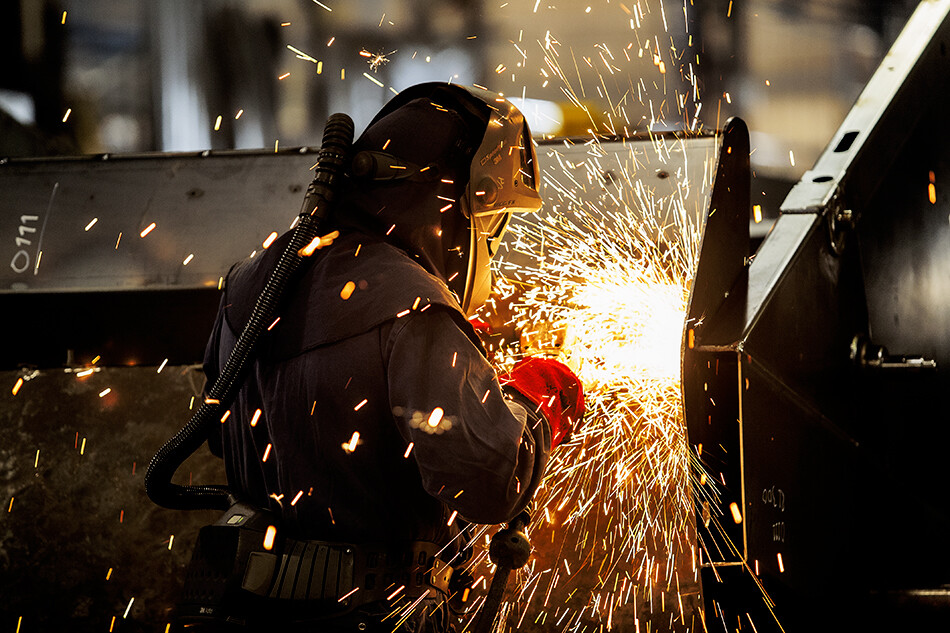 140 year innovation
During its 140-year existence Geesinknorba has always played an important role and that continues. In co-operation with clients the company has recently developed a new range of rear loaders, the GPM IV. These GPM IV rear loaders are fitted with the latest technology in the field of control systems which ensure a more simple, safe and efficient collection route.
Thought has also been given to the maintenance of the GPM IV. Because important components such as the oil pump and the hydraulic system can be easily accessed, maintenance is carried out swiftly and simply. The GPM IV is available in different types and volumes and can be used for both domestic as industrial applications. In the course of this year the last type, the KT Series to handle underground containers, will enter the market.

Hybrid systems
Companies are increasingly investing more funds in expensive solutions for waste collection because towns often have to cope with unhealthy air quality and serious traffic problems. With the introduction of the LI-ON Power with advanced lithium-ion technology Geesinknorba sees an opportunity to go over to a quicker durable refuse collection. These hybrid vehicles can collect from early morning to late evening in order to keep the town clean in a responsible way. These hybrid vehicles are already very popular in large cities such as Amsterdam, Istanbul and Singapore.

Side loaders
From 2013 Geesinknorba has the exclusive import agreement for the various side loaders produced by Bucher Municipal (former MacDonald Johnston) in Australia. In the meantime the first side loaders have been delivered to various clients in The Netherlands, Italy and Germany.
These side loaders offer the ease of one-man operation and also the easy emptying of containers which are not properly set up. In this way operators can collect waste from outlying areas in a modern and economical way.

From local producer to an important European player
The history of Geesinknorba goes back to the year 1875, when Jacobus Geesink commenced the building of carriages and fire brigade ladders in a factory in Weesp. From 1915 Geesink concentrated on the building of simple refuse collection systems such as the horse drawn refuse vehicle which could collect 2 to 3 cubic meters of waste. Through the twentieth century the company developed various systems to make the collection and processing of refuse more simple and efficient. A good example of this is the introduction of the rotating drum in the thirties. This had a capacity of almost 25 m³. However, excessive waste cannot be loaded because of the risk that the vehicle would tip over. 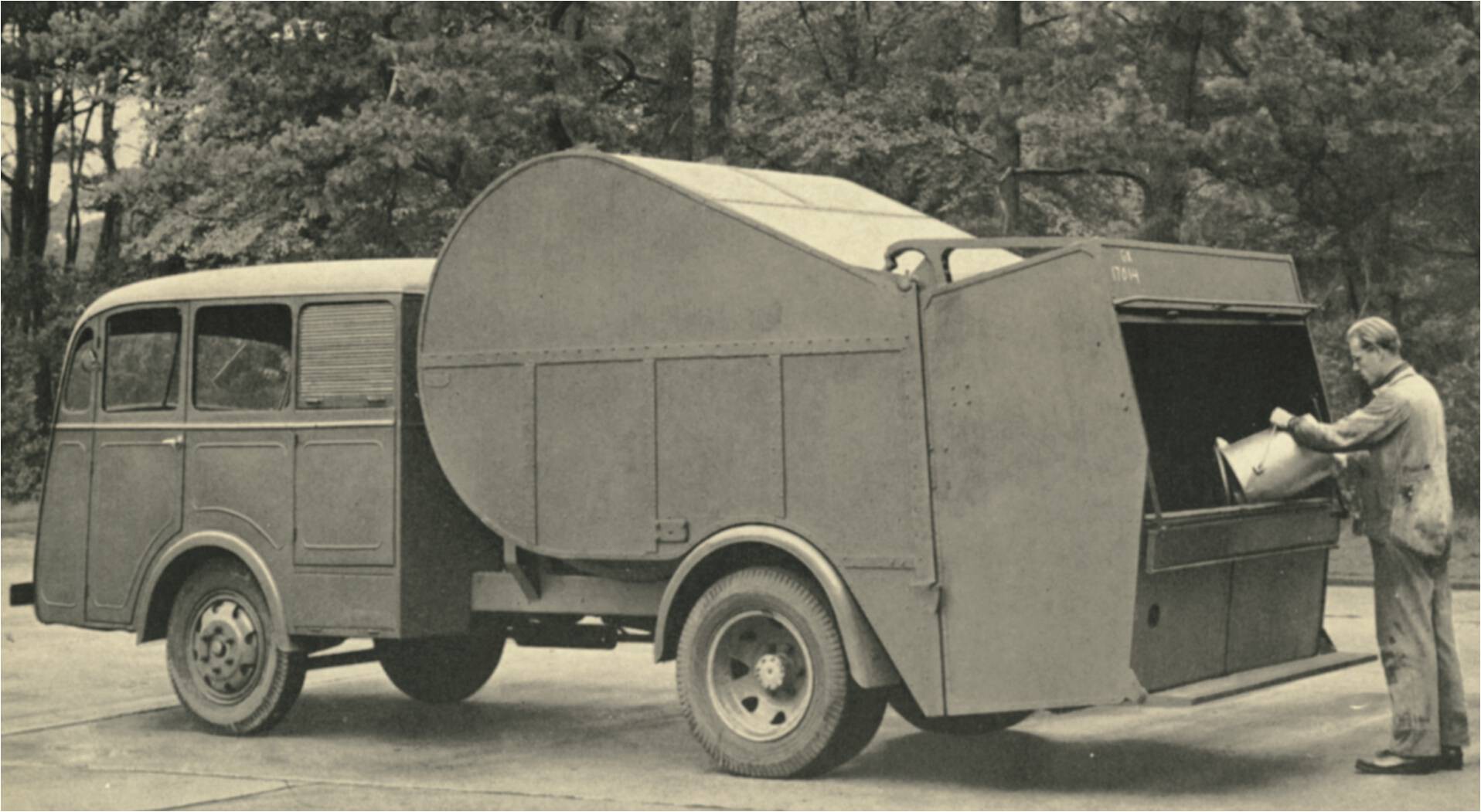 The seventies saw the breakthrough with the launch of the GPM series. The production capacity increased considerably and with the application of modern technology the safety offered to operators improved. Geesinknorba grew enormously during these years and also by aiming at other (non) European countries. This process speeded up in 2000 with the take over of the Swedish manufacturer Norba. Thus Geesinknorba was born, an important European player with a manufacturing facility in Emmeloord and sales offices in The Netherlands, France, Germany, Italy, Spain, Sweden, Romania, and Great Britain. The company also offers products to various other countries in the world via distributors.