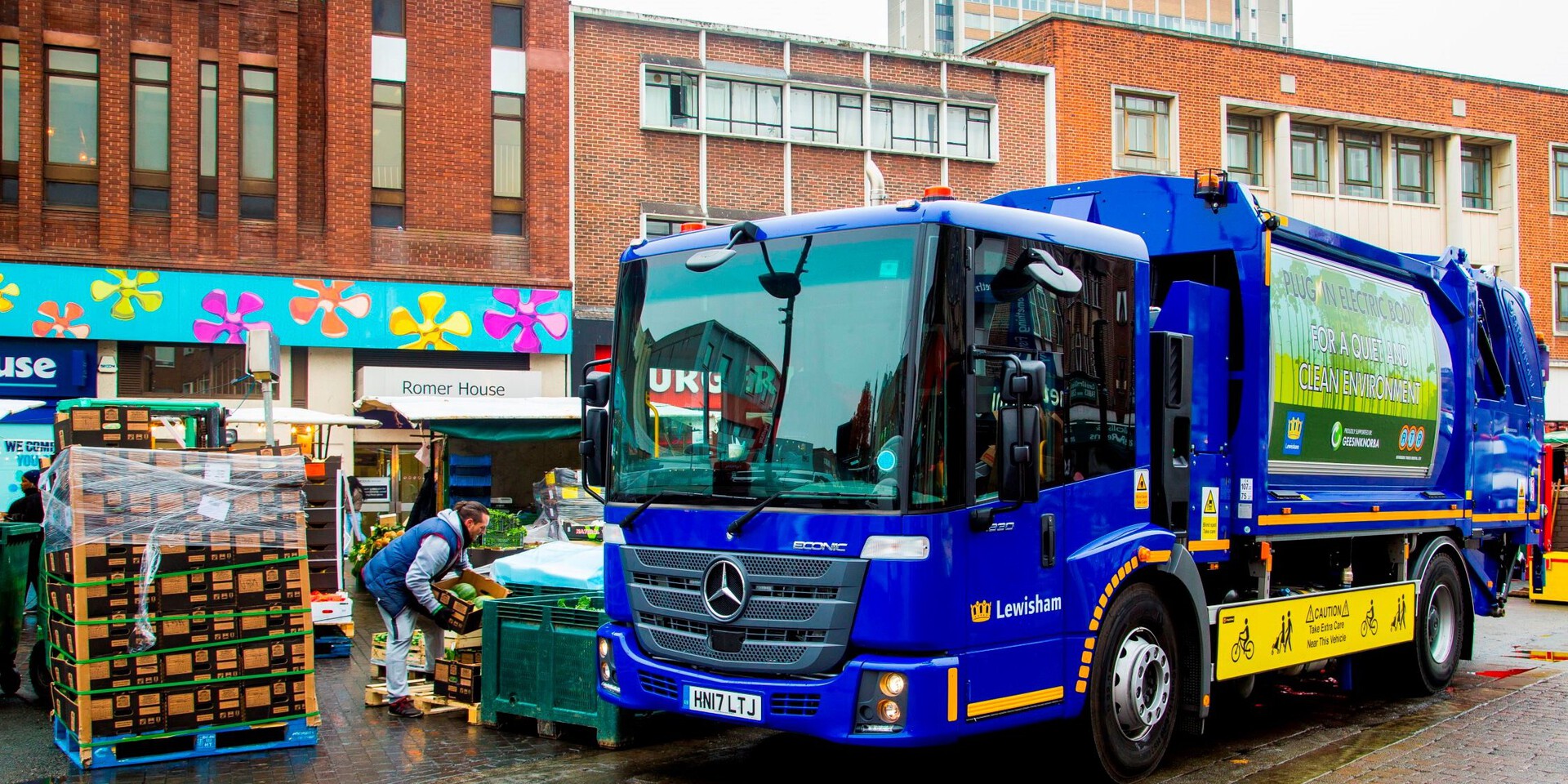 Market-goers and traders in the bustling south-east London borough of Lewisham are now benefiting from the introduction of a second Mercedes-Benz Econic refuse vehicle with Geesink plug-in electric body.

The truck is the subject of a contract hire agreement with NRG Fleet Services, an established supplier to Lewisham Council. It made its debut at this year’s historic Cart Marking ceremony in the City of London’s Guildhall Yard.

Lewisham Council relies on a fleet of approximately 40 vehicles, all 26-tonne models with rear-steer axles for enhanced manoeuvrability, to undertake mainstream waste collection and recycling duties. 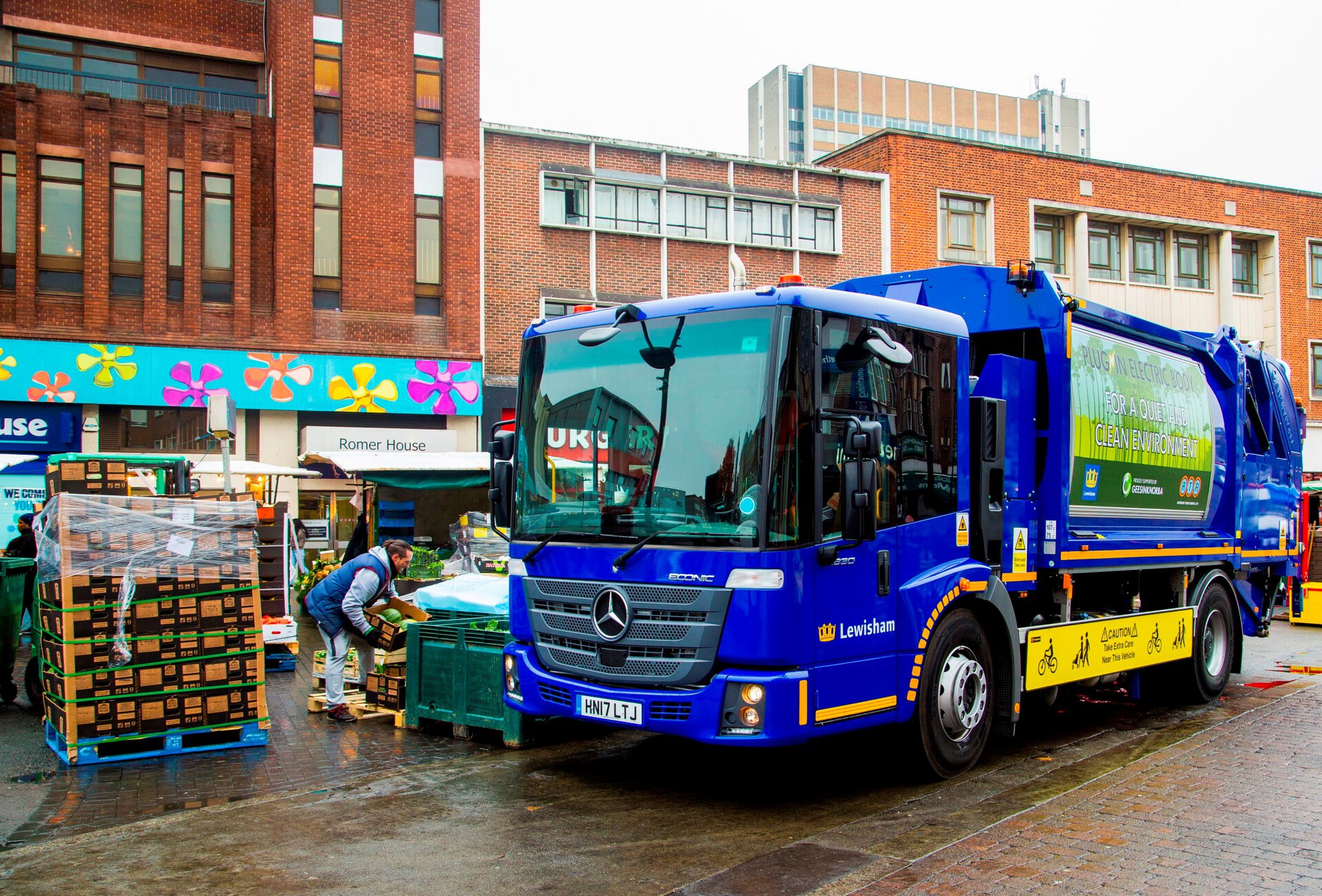 The truck has been acquired to fulfil a specific role. Lewisham Market is situated in the heart of the community and operates six days a week – the truck is used to compact and remove waste that would otherwise accumulate around the traders’ stalls each day. A 6×2 Econic with plug-in body has been in operation at nearby Deptford Market since 2011.

Whereas conventional refuse vehicles rely on their diesel engines to provide the power for bin-lifting, and the crushing and compaction cycle, Geesink’s electric body fulfils these tasks almost silently and with the potential for zero carbon emissions.

Mr Everest explained: “Our local markets are thriving, but because they’re in busy, high street locations they pose difficulties in terms of waste collection and removal services. We ruled out trucks with engine-driven bodies because they have to tick over all day to power the compactor, with resulting increases in local emissions. So we’ve been leaving a compactor skip on site at Lewisham market, but that’s not ideal because of the challenges arising from the need to drop and pick up the equipment in such a congested area.

“The plug-in body is an ideal solution, as it means the vehicle effectively acts as a mobile compactor skip. The body runs on electric power so is very quiet, and when it’s full – which is usually by lunchtime – the driver can leave the market with relative ease to tip. The truck then returns and remains on site, typically until 7.30pm, at which point it comes back to the depot for the body to be recharged overnight.”

Mr Everest said: “The battery pack adds about 1,200 kg but tonnages are less of an issue for our markets operations. Safety and environmental considerations are far more important, and in these respects our Econics with plug-in bodies work superbly.”

Mr Everest also praised NRG Fleet Services as “a good, professional partner to us”. A fleet management and hire specialist which is active across a variety of industry sectors, NRG operates a nationwide network of 21 workshops and offers bespoke solutions via a number of integrated companies. 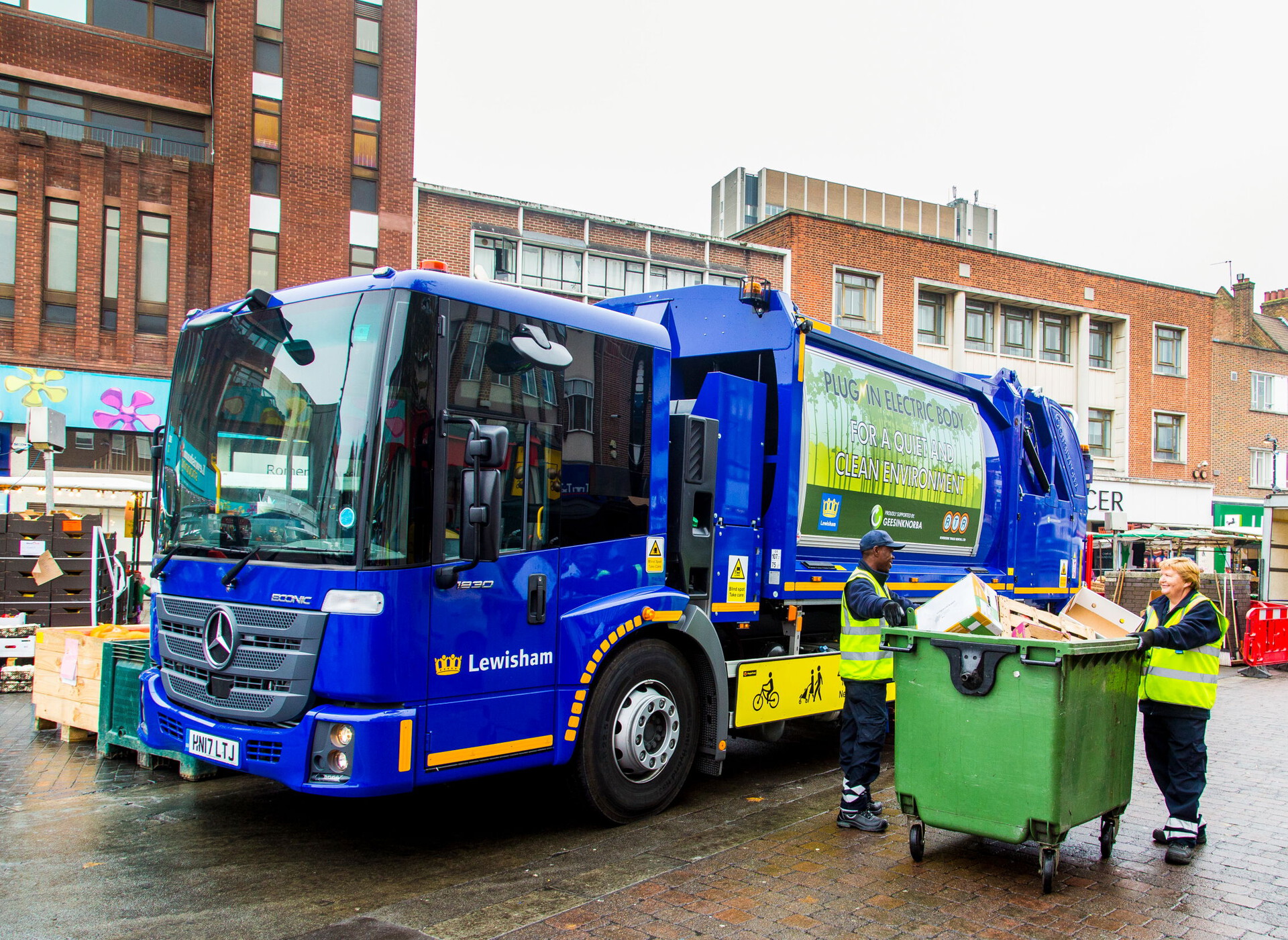